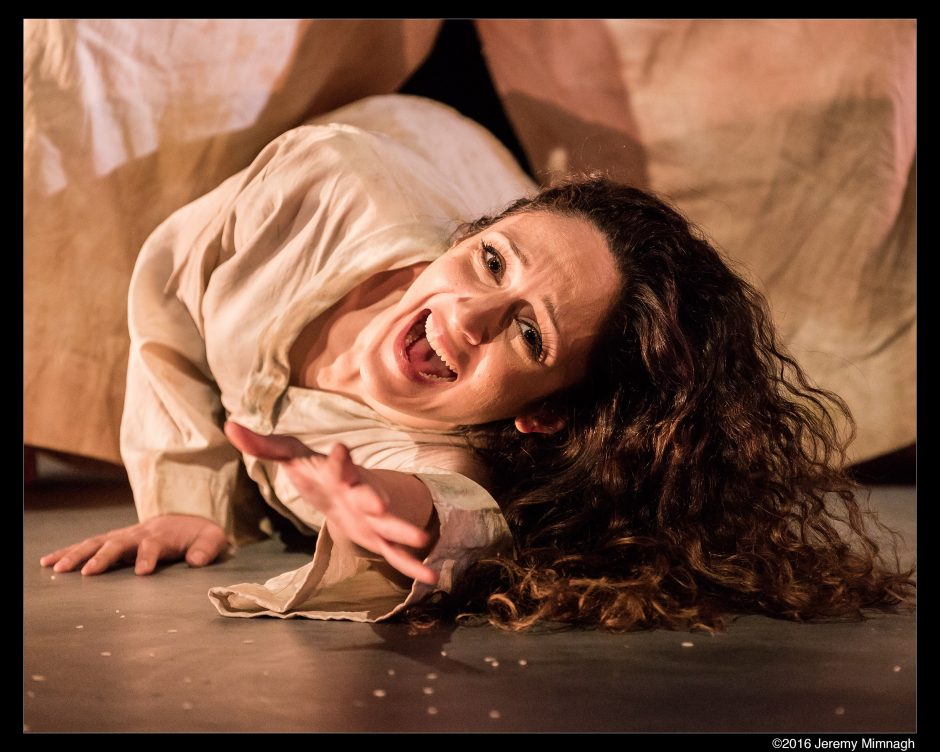 Modern Times’ mandate is to give a voice to artists; to this end, we would like to share a series of essay pieces written by former artists of Modern Times, specifically, but not limited to, those from Black, Indigenous or racialized communities, to give them a voice and highlight their creative work. This week, actor Bahareh Yaraghi, who performed with Modern Times as an actor in “Hallaj” (2009), “Blood Wedding” (2015, 2017) and “The Death of the King” (2016) brings her perspective on theatre, love and life.

When I first moved to Toronto from Vancouver, I didn’t know a single artist in this city, but a friend and colleague in BC gave me one name: “Look up Soheil Parsa – he’s doing amazing work in Toronto.” So I did. I looked him up, contacted him, he generously took the time to chat with me and I picked his brain about everything I could – which theatre schools I should consider and the industry as a whole. A few years later, in my final year of theatre school, I got a call from Soheil: “There might be great part for you in my upcoming production of Hallaj. Is it possible for you to audition while you’re finishing up your training?” I auditioned, got offered the part and I begged my theatre school for permission to do the show, which they did full-heartedly. Soheil Parsa was the first director to hire me and give me an opportunity in this city, and I am forever grateful to him and the artistry he’s taught me over the years.

I consider myself very lucky to have worked with Soheil & Modern Times on numerous productions, especially at the beginning of my career, because I got to work in rehearsal halls that were consistently based on inclusion & diversity, filled with artists from different backgrounds, races, accents, etc. I felt I belonged right from the beginning. Seen, heard, equal. I didn’t know it then, but I now know what a gift that was to a young artist of colour in the early stages of honing her skills and building her confidence in this industry. Working with Soheil is where I learned to trust uncertainty and the unknown in art making, to come to rehearsal with more questions than answers, to remain open ALWAYS, to remain generous ALWAYS, and to never settle.

Theatre feels like home to me. Because it’s simply Life. It seeks truth. It seeks the light, as well as the shadows. I have never felt the need for theatre more than I do now. I get ridiculously giddy thinking about the first theatre ticket I’ll buy and to be amongst the hubbub of the crowd in anticipation for what’s about to unfold minutes before the show begins.  There’s nothing like it. I also miss being on the other side of it: I miss the rehearsal hall, I miss diving into a brilliant play, I miss meeting the characters through my fellow artists, I miss discovering new complexities between relationships, I miss the poetry of collaboration, I miss being inspired by my brilliant fellow colleagues’ thoughts and artistry, I miss creating Life together on stage, and I miss experiencing the show anew every single night with a new audience. It’s pure magic. Theatre brings human beings and our human experience closer to one another – in the present moment. We need that more than ever before. We crave it more than ever before. I certainly do.

My love for theatre has never felt stronger. Truly.

Feature photo: Bahareh Yaraghi in “The Death of the King” (2016)  Photo: John Lauener

BIOGRAPHY: Bahareh Yaraghi was most recently seen in the title role of Ella Hickson’s epic play, Oil, produced by ARC, which sadly had to close a week early due to the pandemic. She started this year with the Pulitzer Prize-winning Cost of Living, a co-production with The Arts Club & The Citadel, which earned her a Sterling nomination for Best Supporting Actress in a Drama. Other credits include: A Doll’s House, Part 2 (Mirvish/RMTC); An Ideal Husband, Julius Caesar, The Aeneid (Stratford Festival); Salt-Water Moon (Why Not); the lead role of Viola in Shakespeare in Love (Citadel/RMTC); Unholy, HER2 (Nightwood); Kiss (Canadian Stage/Theatre Smash/ARC); Death of the King, Blood Wedding, and Hallaj (Modern Times); Le Placard, Les Zinspirés2.0 (TfT);  Minotaur (YPT); Bea, Moment, and Pomona (ARC); The Kite Runner (Theatre Calgary/Citadel). Bahareh is a six-time Dora award nominee (Individual & Ensemble) and was selected as Top 10 Theatre Artists of the Year by NOW Magazine (2016).