Prior to joining Modern Times, Rouvan was Associate Artistic Director, Head of New Play Development, Media Projects and Artist Development at Crow’s Theatre. During his tenure at Crow’s, he was on the creative teams of Julius Caesar, Cliff Cardinal’s radical retelling of As You Like It, and in rehearsal as Director of Bengal Tiger of the Baghdad Zoo starring Kristen Thomson and Ali Kazmi, before COVID-19 restrictions returned. Rouvan is also Founder and Artistic Director of Theatre ARTaud, a surrealist theatre collective run entirely by artists of colour.

Rouvan was also Writer-In-Development at Factory Theatre, and Associate Artist and Producer at Mammalian Diving Reflex. Prior to immigrating to Canada, he worked professionally in New York City and Karachi, Pakistan.

In Toronto, Rouvan’s work has been seen on the stages of Theatre Passe Muraille, Buddies In Bad Times, The Theatre Centre, Crow’s Theatre, Factory Theatre, SummerWorks Performance Festival, Next Stage Festival, and others. In New York he worked with The Brooklyn Lyceum, Ugly Rhino NYC, and Neo-Futurists. In Karachi, Pakistan, he was a Resident Artist at the National Academy of Performing Arts working under Pakistani icon Zia Mohyuddin. Rouvan is an RBC and Toronto Arts Foundation award winner.

Steph Crothers is an award-winning actor, producer, educator, and maker of things. She studied theatre in France at Ecole Philippe Gaulier, in Toronto at Humber Theatre Performance, and she is also an alumni of Sunnydale High (class of ’99!). You may recognize Steph from Planet Fabulons’ The Ruins of Zindor at Luminato Festival (2021), The Weather Channels’ Could You Survive (2020), Theatre ARTaud’s Blood and Soil (2019), or from playing Bottom in Ill Met by Moonlight (2019) — a burlesque adaptation of A Midsummer Night’s Dream that she also co-created.

Steph entered the world of producing in early 2018 with Girl Gang Cabarets — an unboxed feminist variety show that gives strength to cope with sexism, polarized politics, the glass ceiling, patriarchy and the day-to-day bullshit that we all have to put up with! She then went on to be a guest producer at Assembly Theatre.

Steph is proud to be an educator at Purple Carrots Drama Studio – an inclusive and accessible arts-based program, specializing in diverse neuro and physical abilities. Purple Carrots Drama Studio encourages growth in self awareness and social skills through the arts to help participants explore their full potential in a safe, supportive, and fun environment. When she is not acting, producing, educating or working as a bannerman for house Tyrell, Steph can be found making leather sandals in the Slytherin common room.

Mahsa Ershadifar is a bilingual (English and Farsi) performer, assistant director, stage manager and translator. She has worked with NOWADAYS THEATRE COMPANY on numerous projects, including, but not limited to: Dance of Torn Paper (2018), The Only Possible Way (Canadian Stage, 2019), Swim Team (The Theatre Centre, 2019), Winter of ’88 (Next Stage Festival, 2020), 27 Words, Miss You, Poof! (2021), From The Basement To The Roof (2021).

Jennifer Otter-Leaney spent many years marketing live performance and film in Toronto, most recently as Associate Director of Marketing, Canadian Stage, and previously with Entertainment One, Alliance Films, and Polygram Films. A huge cheerleader for the arts, Jennifer recently returned to her Stratford, Ontario roots, joining the prestigious Stratford Chefs School in Administration and Marketing. 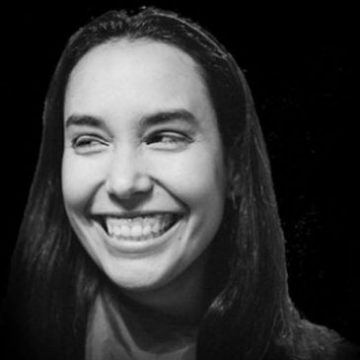 Gia has been working as a stage/production manager/administrator in Canada for the past fifteen years. She is a graduate from the University of British Columbia with a Major in Theatre and a Minor in Spanish Literature. She Immigrated to Canada from Venezuela in 2003. Gia has worked extensively as a Stage Manager for productions like: Tony N’ Tinas Wedding (Hoarse Raven Theatre), Wild Rose (Fringe 2008/Bumpershoot 2009), The Honeymoon (Pick of the Fringe: Vancouver 2009), The Talking Stick Festival (2010&2011), BUG (Toronto 2020 Production/High Performance Rodeo, Calgary 2019).

While working as a Stage Manager she realized she could start training in administration and production and dove into working with Left Right Minds Initiatives as a production assistant. In Toronto she worked with the Venezuelan community; stage managing, producing and touring Monique Mojicas “Chocolate Woman Dreams the Milky Way”; and assisting company management for “Arrabal”, Head of Administration at Modern Times Stage Company and General Manager for Aluna Theatre. Gia now lives/works in Kingston, Ontario.

charles c. smith is a published poet, playwright and essayist who has written and edited twelve books. He won second prize for his play Last Days for the Desperate from Black Theatre Canada, has edited three collections of poetry, has four published books of poetry – including Partial Lives- Williams Wallace Press, and travelogue of the bereaved, Mawanzi House (formerly TSAR Publications) – and his poetry has appeared in numerous journals and magazines, including Poetry Canada Review, the Quille and Quire, Descant, Dandelion, the Amethyst Review, Bywords, Canadian Ethnic Studies and others. he has received grants from the Ontario Arts Council and the Toronto Arts Council for both his poetry and for his work with the ‘wind in the leaves collective’ where he is artistic director of a multidisciplinary performance group involving dance, image, recorded and live music based on his poetry.

charles has published articles with Stanford Law and Policy, University of Toronto Press, Alberta Law Review, Captus Press and his writings on racial profiling and Black lives in Canada have been published by the Canadian Centre for Policy Alternatives. His research has been commissioned by several institutions including the African Canadian Community Coalition on Racial Profiling, the Court Challenges Program of Canada, the Chief Justice of Ontario (former) Task Force on Professional Responsibility, the Ontario Ministries of the Attorney General and Community Safety ‘Community Task Force on Hate Crimes’, the Canadian Centre for Policy Alternatives, and the Canada Council for the Arts.

Bucharest-born Diana Manole immigrated in 2000 and is now identifying herself as a proudly hyphenated Romanian-Canadian scholar, writer, and literary translator. She holds a PhD from the University of Toronto and has been teaching at Canadian universities since 2006. She has published 13 peer-reviewed articles and book chapters in Canada, the US, and the UK, on postcolonial and postcommunist theatre, exilic theatre, and intercultural performance. Most recently, she co-edited the first collection of essays in English about postcommunist theatre, Staging Postcommunism: Alternative Theatre in Eastern and Central Europe after 1989 (University of Iowa Press, 2020).

Diana has also worked on numerous projects as a theatre director, print dramaturg, and playwright. Her play, The Textile Revolution (Palimpsest 2007) was first produced in Toronto, Festival of Original Theatre (F.O.O.T.), 2005 and The New Ideas Festival, Alumnae Theatre, 2004, and then, in her translation into Romanian, earned Second Prize in Romanian Comedy Contest (2007).  The Child Who Didn’t Want to Be Born (Cartea Romaneasca 1999, in Romanian; Ecumenica 2017, in English, translated by the author) was awarded the National Prize for Debut in Drama by the Romanian Writers Union. She also translated two feminist Romani plays from Romania, published in the English-language anthologies Roma Heroes (Hungary, 2019 & 2021).

In her home country, Diana published nine creative writing books and earned 14 literary awards. The winner of the 2020 Very Small Verse Contest of the League of Canadian Poets, her recent poetry was published in English and/or in translation in the UK, the US, Belarus, Mexico, Brazil, South Africa, Turkey, Albania, China, France, Spain, Romania, and Canada. Her seventh poetry book, Praying to a Landed-Immigrant God, is forthcoming from Grey Borders Books. 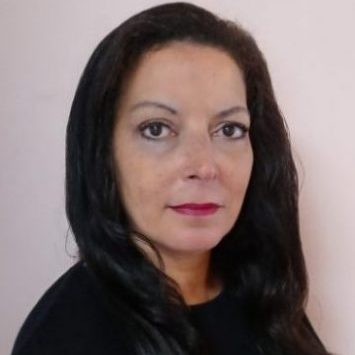 Erin Jones is a playwright, director and actor who has always had a passion for theatre.  Having graduated with a Bachelor of Science in Psychology and a Master of Arts in Education, she has written articles to promote both theatre and organizational development while creating global leadership programs.  She debuted her first play, Lovingly Yours, Olive in the Toronto Fringe Festival’s Next Stage Community Booster Series. She followed this with writing and producing Time Limits Dropped on Easter Sunday which won the David Seguin Memorial Award for Accessibility in the Arts.  Erin has performed in theatre and independent films across the GTA. She supports the performing arts behind the scenes with publicity, articles, newsletters, social media, grant writing, governance, photography, director hiring, and respect in the workplace committees.  She is currently working on scripts based in Canadian Black history.