One of the best experiences working in the theatre is being in a strong ensemble, the indescribable feeling of “wholeness” that comes when a cast and crew have a strong complicity in a production. Through its longer rehearsal process, Modern Times supports the ensemble on an institutional level. At the same time as extending the period of time actors work together on a text, the productions also bring designers into the rehearsal space to develop costumes, lights, sound simultaneously with the actors.

“Stories from the Rains of Love and Death”, produced by Modern Times in 2003, is one such production that emulated the principles of the ensemble. The play by Iranian playwright Abbas Na’lbandian, and translated by Soheil Parsa and Peter Farbridge, was rehearsed over seven weeks and several workshops. 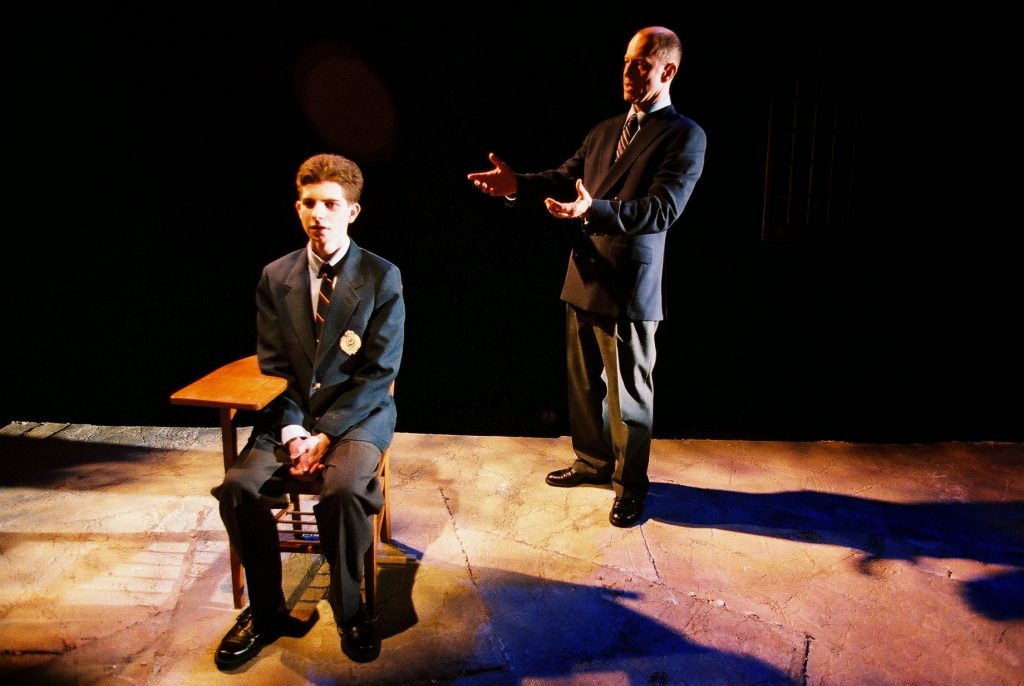 Daniel Karasik and Stewart Arnott in “Stories from the Rains of Love and Death (2003) @ Artword Theatre. Photo by Karen Braaten.

For the final rehearsals, we took possession of half a floor in an old decommissioned garment factory floor on Spadina Ave. In those days, you still might be lucky enough as an actor to meet up with a sewing needle or two protruding from the cracks in the hardwood floor. But other than these hazards, and a bit of chill in the winter months, the spaces were incredible for creation.

We had several adjoining rooms for our use, which allowed us to bring the production team right into the rehearsal process. Set designer David Skelton built the set next door to us, and Angela Thomas had her costume rack of possibilities in another room, which she could make impromptu choices and changes from day to day in rehearsals. Sound designer Thomas Ryder Payne was often in the room with us.

The result was a production in which design and acting were seamless. Stories was nominated for six and received three Dora Awards for Outstanding New Play (translation and adaptation), Outstanding Direction (Soheil Parsa) and Outstanding Lighting Design (Andrea Lundy).

Since last September, Soheil has been teaching Script Analysis and Scene Study classes for twelve Iranian theatre enthusiasts, using “Stories from the Rains of Love and Death” as the working material. 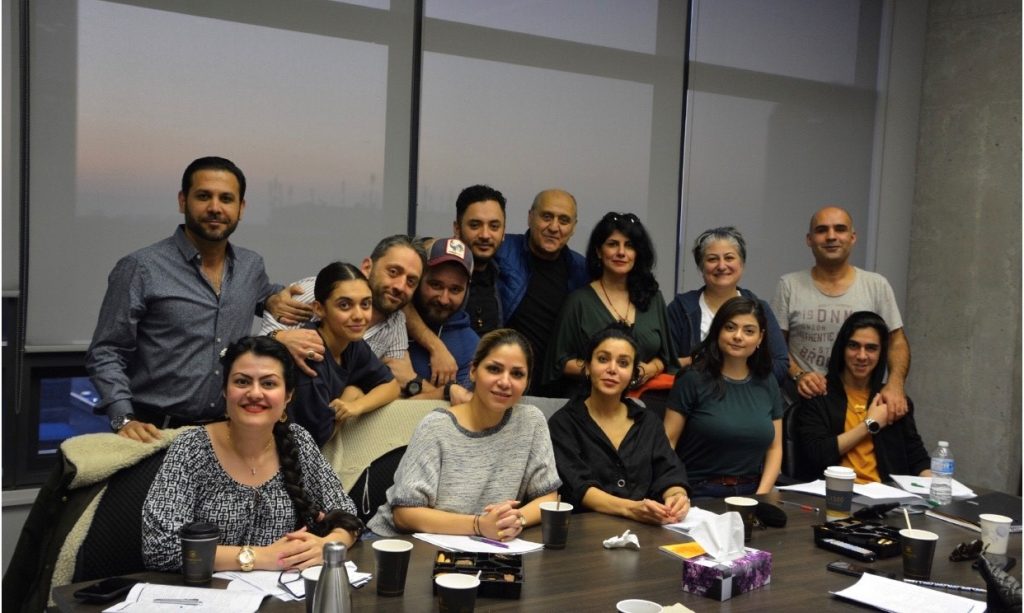