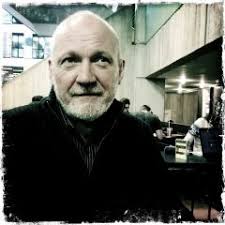 Ric Knowles has worked as a dramaturge for Modern Times’ productions on several occasions. The following is an excerpt from his forthcoming book on interculturalism in the Toronto theatre scene, in which he uses Modern Times as one of his case studies.

“Modern Times” is perhaps a surprising name for a theatre company whose popular reputation, at least in its press coverage, seems to be based on its staged adaptations of ancient Persian fables, and whose current mandate focuses on the blending of Middle-Eastern and western theatrical forms. But the name is appropriate: central to the company’s importance may be its contribution to the rethinking of modernism itself. Indeed, Modern Times can be understood in its politics and artistic practices to be working in its modest way towards the completion of what Jürgen Habermas in 1980 famously (and controversially) called “the unfinished project of modernity”—the extension of the larger humanist project of Enlightenment through the creation of a rational and democratic public sphere, one that includes the arts as well as science and morality. According to Habermas, modernity held “the extravagant expectation that the arts and sciences would not merely promote the control of the forces of nature but also the understanding of self and world, moral progress, justice in social institutions, and even human happiness”. Habermas is sceptical about the project’s potential success, citing “Three Conservatisms”—antimodernism, pre-modernism, and postmodernism—that work against it.

In spite of Parsa’s own experience with antimodernism in Iran, and his rejection of postmodern instabilities, Modern Times is more optimistic, and, circumventing many of the critiques levelled at Habermas’s gender blindness and his Eurocentric defence of the Enlightenment and its ravages, explicitly extends this extravagant expectation to all of the world’s peoples, whatever their genders, sexualities, races, or ethnicities. The company’s central project, I suggest, is the relocation and reclamation of modernist aesthetic practices from the appropriative forms of interculturalism practiced in the theatre most famously by Peter Brook and Ariane Mnouchkine (and critiqued most famously by Rustom Bharucha). At its best Modern Times probes the tensions involved in reappropriative practices “from below,” and explores the different kinds of difference that surface when power, in modernist theatrical practice, rests equitably with those that modernism has traditionally othered.

Ric Knowles is Professor of Theatre Studies at the University of Guelph, Canada. He is editor of “Theatre Journal”, former editor of “Canadian Theatre Review” and “Modern Drama”. He is the author of “The Theatre of Form”, “Shakespeare and Canada”, “Reading the Material Theatre”, “Theatre & Interculturalism”, and “How Theatre Means”, and is a practicing professional dramaturge. For more information about Ric’s views on the theme of Modern Times and Interculturalism, please see his article in the Canadian Theatre Review.