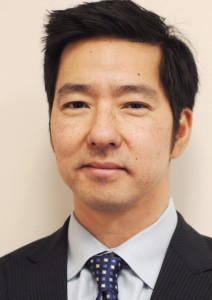 When Soheil Parsa asked me if I would join the Modern Times board, I was both honoured and flattered,

but at the same time hesitant.  I had never worked or volunteered in theatre, and certainly had no academic exposure to the dramatic arts, unless you count the public school plays that we as kids are forced to participate in.  What could I possibly contribute to this company that’s been a successful part of the Toronto theatre community for 25 years?  Well in his usual warm and persuasive way, Soheil convinced me that my business and legal background could be an asset in helping to steer Modern Times through the bumps in the road that not-for-profits inevitably face.  It’s now been over two years and I can honestly say that being a part of Modern Times has been a rewarding experience, not only in learning about the efforts, logistics and costs of bringing an idea to full production, but also in meeting a diverse group of very committed people working toward the same goal.  I should mention that I’m also a fan.  Prior to meeting Soheil, my friend Anahita Azrahimi, then a Modern Times board member, invited me and others to see several performances by a company she “was involved in”:  ‘Waiting for Godot’, then ‘Hallaj’ and finally ‘Aurash’.  I was becoming aware of the types of thought provoking and entertaining performances that Modern Times was capable of and also was on the lookout for what was coming next.  Needless to say that, in my initial conversation with Soheil, he had me at “So, would you be interested…”.

Richard Shimoda has been a Board Member of Modern Times since 2012, and currently serves as Treasurer. He is a Chartered Professional Accountant (CA) and lawyer who has worked in both a financial and legal capacity in the private and public sector.