Toronto, ON (February 8, 2022) – The Board of Directors of Modern Times Stage Company is delighted to announce that Rouvan Silogix will become the company’s next Artistic Director. Rouvan will succeed Soheil Parsa, who announced last April he would be stepping down after 31 years of artistic leadership.

“On behalf of the board of directors, I am pleased to announce that Rouvan Silogix has been unanimously selected to lead Modern Times as the next artistic director,” said Board Chair charles c. smith. “Rouvan brings extensive experience in theatre, working at the cutting edges of identities, marginalization and power. His use of stories and theatre techniques are exciting and will certainly add to the legacy Modern Times has set over the past three decades.” 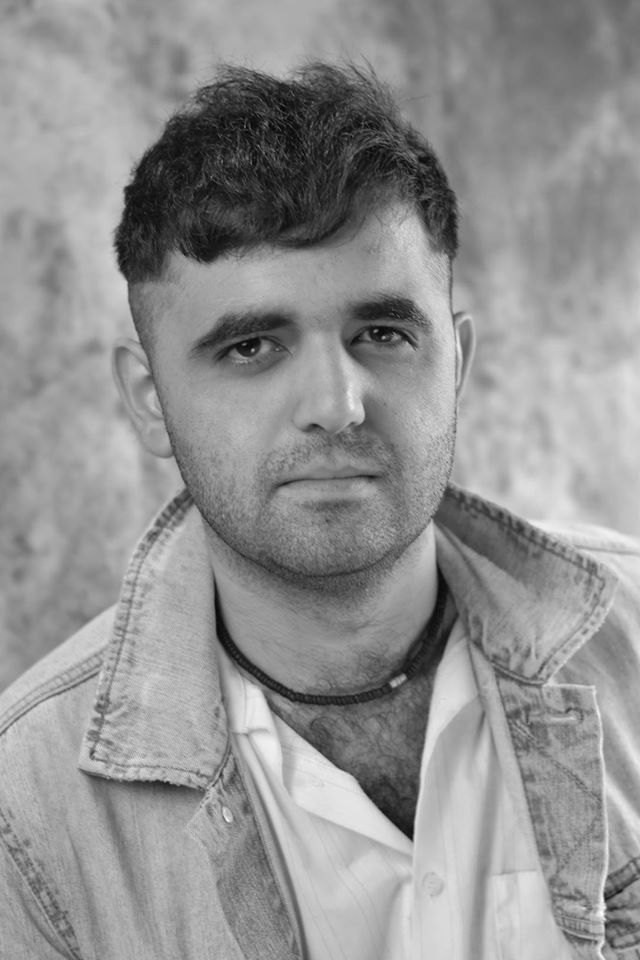 Most recently, Rouvan was Associate Artistic Director, Head of New Play Development, Media Projects and Artist Development at Crow’s Theatre. During his tenure at Crow’s, he was on the creative teams of Julius Caesar, Cliff Cardinal’s radical retelling of As You Like It, and in rehearsal as Director of Bengal Tiger of the Baghdad Zoo starring Kristen Thomson and Ali Kazmi, before COVID-19 restrictions returned. Rouvan is also Founder and Artistic Director of Theatre ARTaud, a surrealist theatre collective run entirely by artists of colour.

“I’m deeply humbled at the prospect of succeeding Soheil, and his historic work – and extremely excited to lead and evolve Modern Times into its next chapter,” Rouvan said. “My aim is to continue creating space and opportunity for radical, diverse, and immi-grant artists to do what we love – creating, engaging, and connecting art with the hu-man soul – in all the progressive ways, shapes and forms our present and future possibilities can manifest themselves. The future is more hopeful and exciting than what’s passed. As Matisse says: ‘Creativity takes courage’.”

Rouvan was also Writer-In-Development at Factory Theatre, and Associate Artist and Producer at Mammalian Diving Reflex. Prior to immigrating to Canada, he worked professionally in New York City and Karachi, Pakistan.

“Growth and evolution in the Canadian theatre sector isn’t easy, but it’s worth fighting for,” Rouvan added. “As many of my fellow colleagues from less privileged parts of the world will attest, we need to bring the art, business, community, and audiences forward together, and that only happens with honest engagement, openness, and plurality of thought and identity. At a time where the performing arts have been deeply hurt, it’s more important than ever to bring our community of artists, administrators, audiences, and supporters together.”

In Toronto, Rouvan’s work has been seen on the stages of Theatre Passe Muraille, Buddies In Bad Times, The Theatre Centre, Crow’s Theatre, Factory Theatre, SummerWorks Performance Festival, Next Stage Festival, and others. In New York he worked with The Brooklyn Lyceum, Ugly Rhino NYC, and Neo-Futurists. In Karachi, Pakistan, he was a Resident Artist at the National Academy of Performing Arts working under Pakistani icon Zia Mohyuddin. Rouvan is an RBC and Toronto Arts Foundation award winner.

Soheil Parsa, founding Artistic Director of Modern Times, who stepped down last year, said, “I am very excited about the appointment of Rouvan Silogix as Modern Times’ next Artistic Director. I admire his artistic fearlessness and his collaborative spirit. I have full confidence that this bold, courageous, experienced, and innovative theatre artist will lead the company in new and exciting directions.”

Co-Founding Artistic Director Peter Farbridge added: “Rouvan’s commitment to art that seeks change and his pure love of theatre will bring so much to Modern Times. I am so happy that he has decided to take the company in his hands. I wish him all the best in his new role.”

Modern Times Stage Company has created plays for 31 years including Blood Wedding, The Death of the King, Macbeth, Hallaj, Aurash and The Cherry Orchard. Winner of 16 Dora Awards and more than 60 Nominations over the years, Modern Times will next present The House of Bernarda Alba by Federico Garcia Lorca, directed by Soheil Parsa, and featuring Beatriz Pizano in the title role. A co-production with Aluna Theatre, The House of Bernarda Alba is scheduled to open at Buddies in Bad Times Theatre on April 9, 2022.

Subscribe to our e-newsletter to keep up to date on our new initiatives, announcements and what we’re up to next!⁠