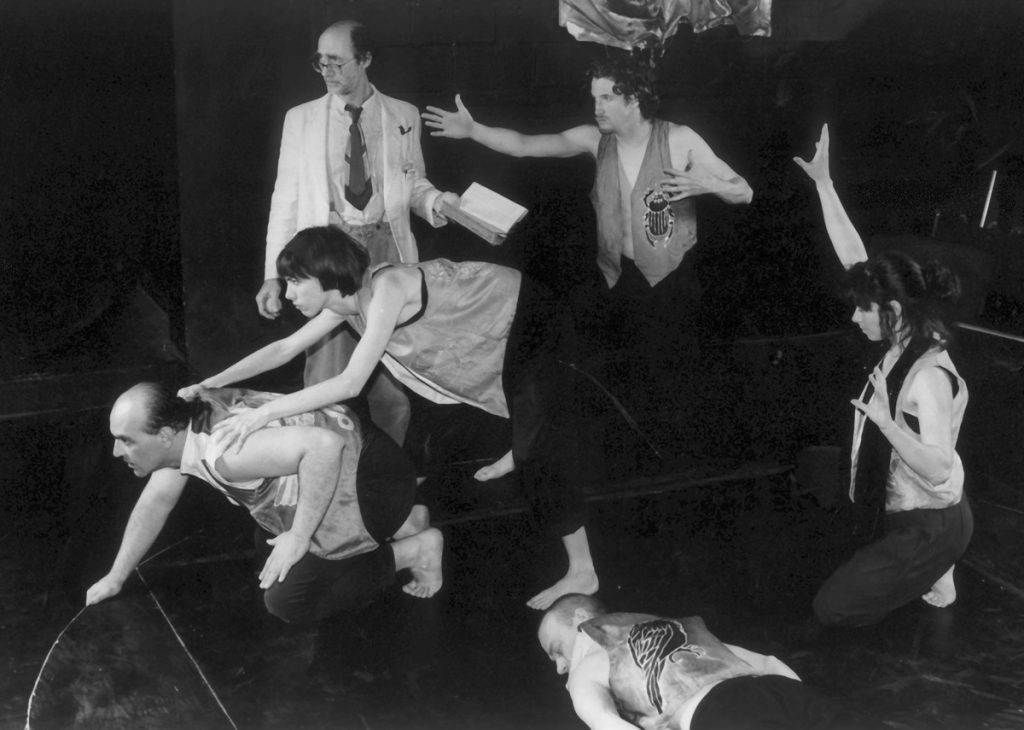 Over the first ten years of Modern Times’ productions, artistic director Soheil Parsa explored his own theatrical heritage in search of new vocabularies that could speak to Canadian audiences.  “The Eighth Journey of Sinbad” was one such production in which the mixture of Eastern and Western influences were central to the rehearsal process.

A play by Iranian playwright Bahram Beyza’ie, “Sinbad” was produced by Modern Times Stage Company in association with Philip Shepherd’s Phyzikal Theatre at the Tarragon’s Backspace from May 1 to 11, 1992.

In Beyza’ie’s remix of two Persian fables – “Sinbad the Sailor” and Farīd al-DīnʿAṭṭār’s “The Conference of the Birds” — Sinbad captains a ship whose eight crew members are in search for the truth. In the production, Soheil and his cast company experimented with Persian theatrical forms, such as naghali and pardeh dari (and the closely-related pardeh khani). 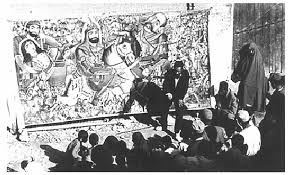 In naghali (“storytelling”), a naghal singlehandedly plays all the characters in the story. Pardeh dari (“screen storytelling”) is a travelling street theatre performed by a pardehdar, who narrates a story that has been painted as scenes on a cloth.

The group explored the pertinence and theatricality of these methods as storytelling devices in the production. It was a challenge to take a culturally-specific dramatic form, steeped in history, and to render it in a unique way with the Western-trained cast. In the end, the result offered new non-verbal and non-realistic theatrical devices that would be used in other productions. Performance research such as this would form the heart of Modern Times’ unique performance vocabulary that has since become Soheil’s signature as a director.