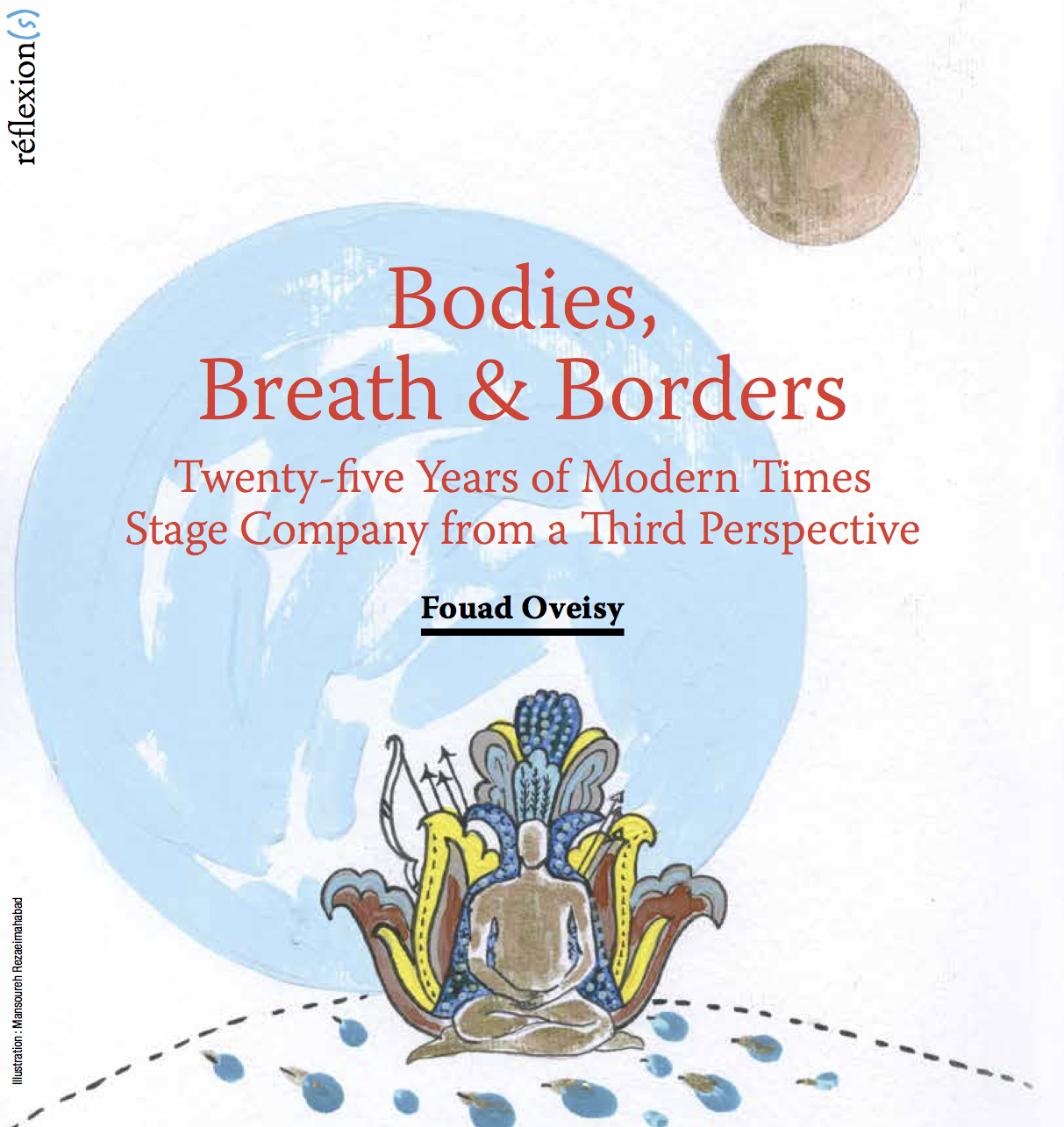 The work of Modern Times is featured in the spring 2015 issue of TicArtToc, a magazine on cultural diversity produced by the NGO Diversité artistique Montréal.

Called ‘Made au Québec’, the fourth edition of the magazine features articles by Anglophone and Francophone artists living in Montreal who are working at the interface of the two communities. To this day the two linguistic groups still remain mostly separated in the city, and Francophone stages are mostly absent of cultural diversity.

Modern Times’ supporter Fouad Oveisy, a PhD student in Comparative Literature at the University of Toronto, was commissioned by Diversity artistique Montréal to write an article on Modern Times’ unique approach to diversity. His article ‘Body, Breath and Borders’, focuses on the relationship between Modern Times’ founders, Soheil Parsa and Peter Farbridge.

Since the early 90s, Modern Times has worked with artists from different cultural communities (including more than a few from Québec), putting different accents and cultural backgrounds in its productions. Soheil Parsa’s approach to casting diversity was lauded this year in a Globe review of  ‘Blood Wedding’ as “… one that isn’t about a nebulous idea of diversity, but simply emphasizes the individuality of the performers”.