The creative team is starting to assemble in Denmark this week for the second leg of Modern Times international coproduction with Denmark for its critically-lauded production of ‘Forgiveness’.

“Every aspect of the well paced 80-minute production has been refined and the question and concepts are clear and coherent. Each performer has their own opportunity built into the show to display their skill and personality.”

“Forgiveness shows how art is better when it isn’t merely rendered for its own sake. It is a brave risk that deserves generous support from theatre and dance audiences.”

“Forgiveness… is a bracing, compelling, beautifully realized production. As with all Parsa productions, the theme is investigate with sensitivity and produced with a clear-eyed spareness, muscularity, elegantly dance with an in-your-face directness.” 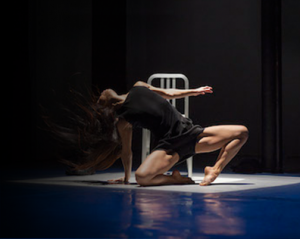 Co-produced with Bora Bora Dance and Visual Theatre, in association with Denmark’s Laboratoriet and Don*Gnu, as well as Toronto’s own Dreamwalker Dance Productions, the ‘Forgiveness’ will play December 10th and 11th at Bora Bora’s space in Aarhus.

As part of the productions peripheral events, Andrea Nann and Peter Farbridge will travel early to Denmark give workshops and talks with theatre students. Back again this year with the production is the renown F-Word Exhibition of the renown UK NGO The Forgiveness Project—photos stories of acts of forgiveness from around the world. Talkbacks after the show will be held on both nights.

Keep checking back this week for more stories on the production on our ‘Modern Times In Depth’ blog pages and updates about the show.