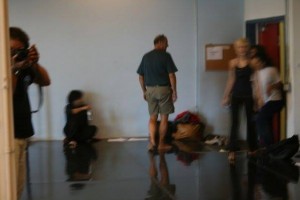 and my future. When my mom told me about Soheil Parsa’s theatre workshop and encouraged me to sign up during that Toronto summer in 2008, I wasn’t sure why I should bother with it — I’m a writer, a journalist, a story-teller, and I was trying to avoid acting as in my head, I wanted to birth the story rather bear and express it. But my innate attraction to performance was undeniable, an attraction that no invented causality could hold back. The classes begun, all of us wearing black, all of us from different countries and ages and some talented actors with varied backgrounds in the world of performance. Soheil’s kind and confident voice, his passion for the stage and the backstage, for making us feel and embody and think about every voice in our head and every vein in our limbs, made me more alert and alive than I could ever expect to be. The brief, weekly ritual of us exploring the play became 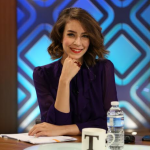 a symbiotic experience in poetry, vulnerability and power: the story was based on a poem by Forough Farrokhzad, the great Iranian poet who died in a car accident too early (32), and a woman who left a remarkable body of work in Iran’s literary scene, unmatched to this day. Through out the rehearsals, Soheil lead as we all contributed to the story, and it truly felt like all of us were learning from each other.  I wrote in my notebook: “Theatre, I’ve learned, is perhaps the most complete form of art. Words, body, narrative, sound, music, all merge in a finite act of performance, practiced incessantly and perfected – one hopes – for a single take.” Modern Times is an open-minded, talented, and ferocious company of creatives and I hope to work with them again. Happy birthday.

Tara Aghdashloo is a writer, poet, producer, and art director. She has published her poetry collection in 2011, written articles and reviews for a variety of publications, and worked as a broadcaster for BBC World and Manoto TV. Aghdashloo is currently one of the hosts and producers of a weekly debate show called Samte No, the artistic director of The Invisible Line Gallery and – when she has time – working on her first script.