25 years is decidedly an auspicious juncture for any ongoing individual career or collective undertaking to be celebrating.

This perhaps even more so when this work has involved the exploration of less-travelled paths – with all of the inherent, additional hurdles that this infers. In the musing of how, in relatively short-form, to encapsulate profound artistic experiences, some general characterizations are unavoidable though these are no-less resonant and deeply felt.In my 30yrs. of ‘seeking something worthy to serve’, the cumulative work of Modern Times Stage Co. has few peers. Courage, considered and focused risk, coupled with an unyielding commitment are a few hallmarks that easily come to mind. In my own still-evolving review of career as a theatre artist, I am clear about feeling fortunate to have been invited to play some small roles in the still-compounding legacy of the company.

In the fall of 2000, the introductory involvement was the production design of Daughters of Sherzade – a theatrical investigation into both the individual and societal madness that allowed for and resulted in the Montreal Massacre: murder of 14 female, 4 men and serious injury to many others at the hands of a deluded and deranged gunman at the École Polytechnique in December of 1989. 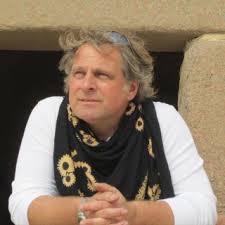 The horrors of this event and the questions of how to wield non-fictional, source material in the performance context of theatre makes for difficult work, much of which still lingers in my mind today – 14yrs. onward. Equally striking is the memory of how bound together the company members became over the course of addressing and struggling with these daunting challenges. More typically, dark material tends to inspire dark artistic experience. In the case of this production undertaking, the exact opposite occurred, yielding up both a personal and collective cathartic result – one that I am relieved to believe extended itself to our audiences as well. I can’t really think of a more poignant accomplishment within this vocation that we are compelled to exercise.