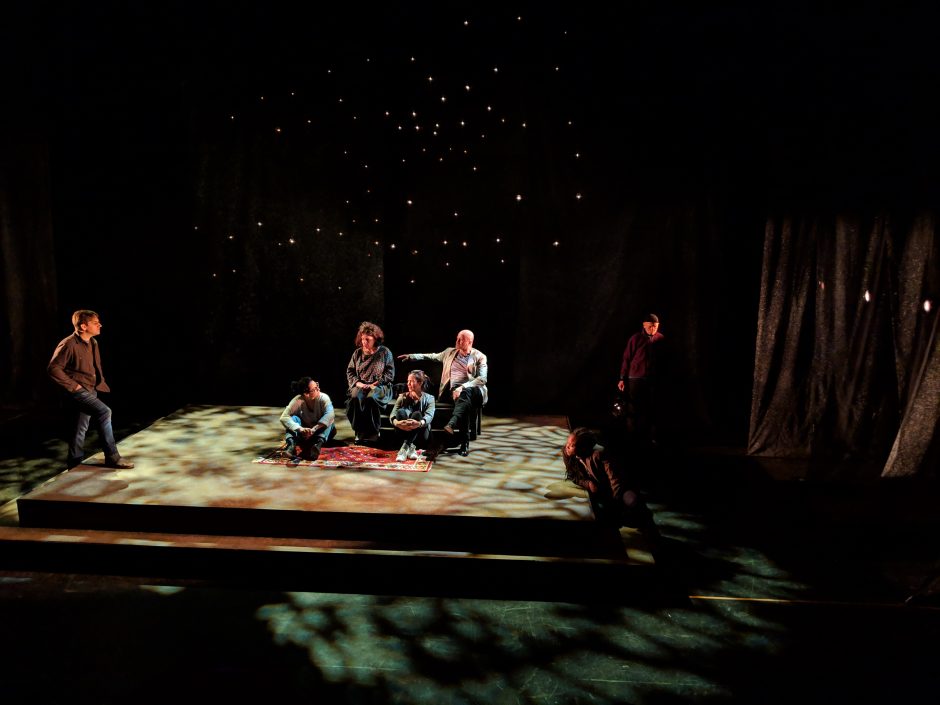 Modern Times’ mandate is to give a voice to artists; to this end, we would like to share a series of essay pieces written by former artists of Modern Times, specifically, but not limited to, those from Black, Indigenous or racialized communities, to give them a voice and highlight their creative work. Our sixth article in this series is from Trevor Schwellnus, co-artistic director of Aluna Theatre, who speaks about Ta’ziyeh and collaboration in his design work with Soheil Parsa.

It’s something an actor often asks their director before they first try to work a scene in rehearsal.

Soheil Parsa would say “sure – try that.”

What I learned from being in a Modern Times rehearsal:

Have an honest relationship with uncertainty.

React to what is before you without interpreting or second-guessing how you will be seen.

One mark of true invention is how long this question can be held open through a creative process: “What is going to happen?”

Modern Times rehearsals work on this basis: collect interesting people together in the room, present them with a challenge, and work with what they bring. Don’t overthink it. There is uncertainty, but Soheil finds stories and artists he loves and trusts – and that comes through in the end, because his eye catches the connections among these myriad threads and places them before us.

I design environments and lighting for theatre. The first Modern Times show I saw was Stories from the Rains of Love and Death – at the old Artword Theatre on Portland (don’t look for it, it’s been plowed over and is a condo now).

I  said I’m a designer, yes? …I remember the design. In that lost building, in the history of my mind, I see a floating raised stage composed of shards of broken cement. And over this rough ground drifted figures in ethereal costumes – the characters were either ghostly or mired in flannel and dirt. A little bit of fabric or none at all. I was riveted. David Skelton did the set, Andrea Lundy the lights, Angela Thomas the costumes, and I think it might have been the first time Thomas Ryder Payne did sound for Soheil…  I can’t believe I remember these things about this show, I didn’t even have to look that up.

And I encountered something that Soheil does so well: the little gaps in the story where something eternal looks back at you. No words are said. The lights shift, everybody is submerged in a wash of otherworldliness and moves as if visiting us from some parallel world; and from that republic of embodied history they look towards us, a casual intensity in every gesture – an invitation to witness this ritual, to be implicated in it. There is a collective breath;  and then the mystical moment passes, and people speak as if they’re just in a room together.

And I believe every second.

The first show I worked on with Modern Times was the Sheep and the Whale – I had to do two jobs to get that gig – production manager as well as a lighting designer.  And I was pleased to do it. It was at Theatre Passe Muraille, with Cahoots – so many great companies that I love. The space was completely transformed: Cammie Koo designed this crazy compound-rake set littered with shipping containers for the deck of a freighter, at a loss for a home in the Mediterranean… a story that is still of the moment…

I was as excited as I was nervous. I had some insight into the visual language that Soheil loved, and so I pretended to be the person who could bring that to these scenes. Could I live  up to this challenge?

I thought about the rehearsal room. And I consciously decided to “act” like the lighting designer who works for Modern Times. Somehow it worked – I found myself again, in that work, as an artist. Soheil directed me to keep each moment simple, and in so doing, brought me deeper into my craft.

It also brought me deeper into traditions I knew nothing about! Through this company, I unwittingly became a practitioner of a theatre practice that has its roots in pre-Islamic Persian performance.

When I design a set for Soheil, he gives me several requirements for how he wants actors to relate to the audience, and how the space will focus energy and attention in the  room. But these are also relations we recognize through our training and experience. Often his direction is  very straightforward: “give me a platform.” But when we were loading in the Cherry Orchard set, Roshan Ahmadvand, a friend and collaborator who was helping me that day, said “Ah! I  see you’re using a Ta’zieh stage!”

In the traditions of Ta’zieh (full disclosure: I am not an expert on these forms, but a humble inheritor of a set of histories that are often unknown to me), a public space is usually occupied by a central raised stage – as in the Tekiyeh-e Dowlat (see picture), for instance. This arrangement is central to a certain mode of being in many Modern Times performances. I see the shapes now: in the floating circles I built for Waiting for Godot and The Death of the King, in the raised cement of Stories, The Sheep and the Whale, and The Cherry Orchard, and even the open square of negative space in Hallaj. 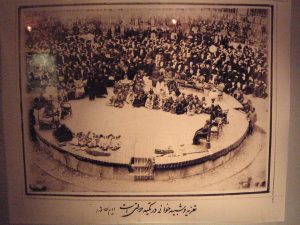 We see a centralized figure, and we see an audience of characters around them watching, as we are watching. The environment creates distance – certain people feature strongly on an obvious stage – as well as a subjective connection: your focus is drawn into that individual within the mass of humanity surrounding them. The space holds up an actor and draws in the viewer, a double action of isolation / invitation. Is it a contradiction? A blend of intercultural influences? Or perhaps the key aesthetic action of theatre?

I cannot say. There is so much complexity in the simplest choices. And I am still a student. 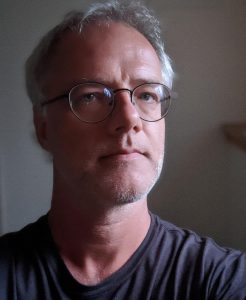 BIOGRAPHY :Trevor Schwellnus is a Scenographer, designing sets, lights, and video for performances with Independent companies in Toronto.  One of his chief obsessions is the intersection of design, dramaturgy, and cross-cultural art-making. He is also Artistic Producer of Aluna Theatre, where he designed Madre, La Comunión, Stones, The Solitudes; directed & designed Dividing Lines, What I learned from a decade of fear, Nohayquiensepa; and produces the RUTAS International Multi-Arts Festival.

Recent collaborations include: The Theatre Centre (Here are the Fragments [w/ ECT Collective], Out the Window [w/ Luminato]), and with Modern Times (The Sheep and The Whale, Waiting for Godot, Hallaj, Blood Wedding, The Cherry Orchard), and others. He redesigned the Dora Award statuette in 2019, has 6 Doras (of 18 nominations), and was shortlisted for the 2015 Siminovich Award.