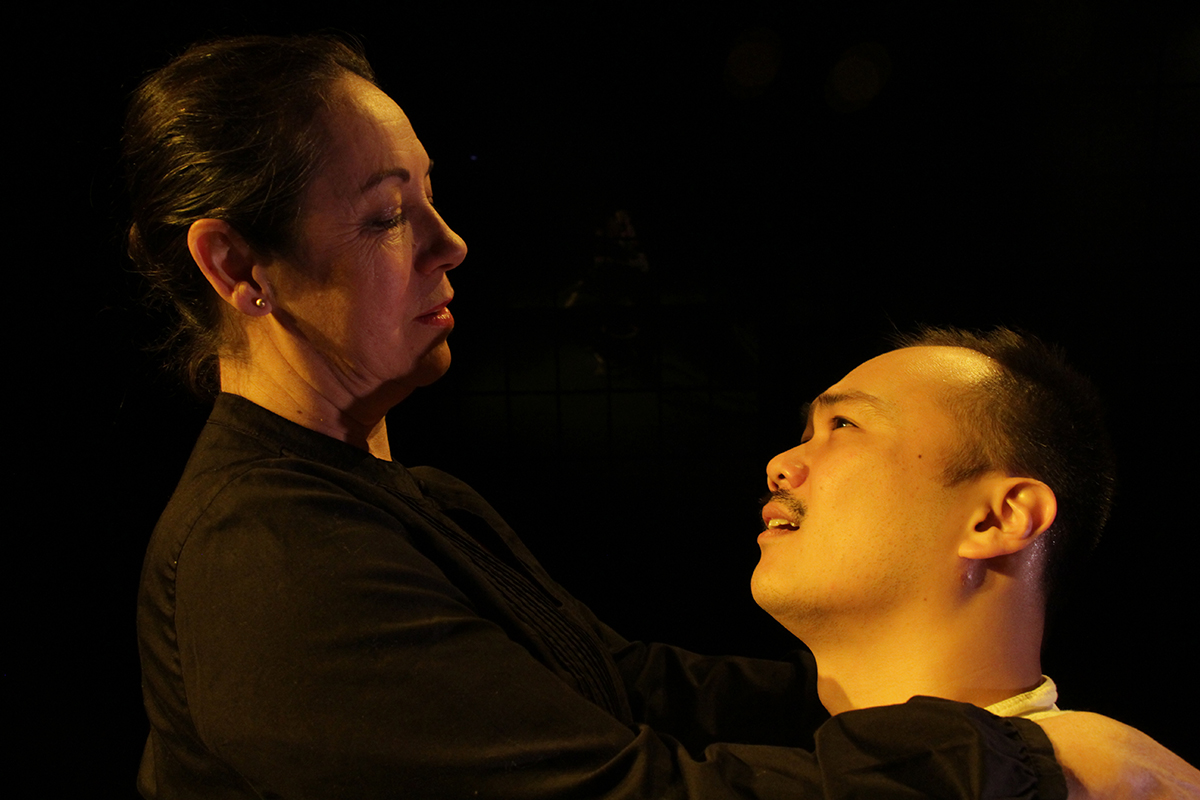 Modern Times’ mandate is to give a voice to artists; to this end, we would like to share a series of essay pieces written by former artists of Modern Times, specifically, but not limited to, those from Black, Indigenous or racialized communities, to give them a voice and highlight their creative work. We’re excited to share a third essay in this series – by Derek Kwan – who played the Son in “Blood Wedding” in 2015 and 2017.

Stepping into the rehearsal room for Modern Times is a unique experience. It is a lesson for the actor I strive to be. It is a reminder of the kind of room I crave to be in, and a validation of myself as an artist and a person. It is a potent reminder that who is in the room is important, but also how.

Diversity and inclusion are often on my mind, as well as questions of how we can evolve theatre to include more stories and more artists. In my contexts this includes gender and ethno-cultural diversity, and also disability, neurodivergence, and other forms of othering that separate groups of people from ‘mainstream’, ‘normal’, and ‘neutral’ narratives and representations. Accepting, integrating, and privileging unique perspectives reveal the richness and beauty of human experience.

In our attempt to embrace diversity, we often gloss over acknowledging (and dismantling) overarching and deeply ingrained societal hierarchies and power structures. These structures (misogyny, White supremacy, colonialism, cis-het privilege, capitalism, etc.) have a tendency to be interested only in our surfaces (a Deaf actor, a Black actor, a working class actor- choose your own adjective); they hollow us out and don’t accept our intersections, lived experiences, and ultimately, our humanity. Failure to critically dismantle this lens leads to the exotification and commodification of our traumas and difference, and as artists, leaves us feeling like tokens or puppets.

Soheil Parsa’s room is different. I felt heard. I felt seen. I felt understood. I have vivid recollections of auditioning for Blood Wedding, Soheil’s face scrunched up listening as he pondered what I had offered, his mind working through the permutations of how my unique puzzle piece could fit into the world he was creating. In contrast, some directors glaze over when you don’t meet their predetermined expectations, and aren’t sensitive to what opportunities they could be missing. Our rehearsal hall wasn’t merely an ad for the United Colors of Benetton; we had agency in the room to be ourselves and to contribute from our lived experiences and cultural references. We had conversations about how the play’s themes and dynamics could play out in our own home cultures, which allowed us to form deep personal connections between ourselves, our characters, and the world of the play; our identities were acknowledged and allowed to texture the work. Profound consequences were considered for any choices, and not merely overlaid for aesthetics. We were encouraged to bring our full selves to the room, and I believe it was this that helped create one of the most dedicated ensembles with which I have ever had the pleasure to work.

If the room isn’t set up in a way that allows for this safety, that supports and celebrates these identities, it can shut down and inhibit a collaborative process. When one cultural lens dominates, it forces everything and everyone to be washed over, smoothed out, and ultimately subjugated to one perspective. When I feel that significant facets of myself are not honoured or acknowledged, I for one find my defensive walls going up, my offers censored, and my investment dwindling. It’s not only that artists need to connect the material with their own lives (that’s just part of the job), it’s that leadership needs to create the space for those connections to be shared in the room and to shape the outcome. And isn’t that collaborative space what we’re striving for in theatre? Theatre, as a living organism, demands that all its constituent parts are thriving, robust, and meaningful, otherwise it becomes deadly boring and ineffectual. The room needs to be set up so that questions can really be asked, choices and repercussions examined, and ways of knowing (and yes, not-knowing) interrogated. There needs to be sensitivity to how these dynamics can affect everything else. Too often the powers-that-be have already cemented structures in place that ossify one perspective and preclude all other possibilities. Where’s the play in that? Sure, it’s tough to have to navigate these extra layers, but it’s what marginalized people have to do all the time just to survive (let alone thrive). It’s really a responsibility that all of us need to commit to in order to build theatre that showcases all that humanity has to offer. 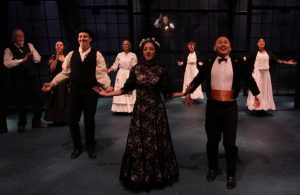 Derek Kwan is an actor, singer, and theatre creator working at the intersection of theatre, music and movement in a number of forms including opera, clown, and puppetry. His career has taken him across Canada and the globe, from London, England, to performances in Czech Republic, Mexico, Japan, Thailand, Taiwan, and China. Derek received a Toronto Theatre Critics Award for Best Supporting Actor in a Musical as well as a Dora Mavor Moore Award nomination for Outstanding Male Performer, Musical Division for his portrayal of Boursicot in Mr. Shi and His Lover. Performance highlights include: (theatre) a Deaf/hearing integrated production of The Tempest (Citadel Theatre), a Mandarin adaptation of the children’s classic The Blue Bird (Theatre de la Sardine, Taipei), Blood Wedding (Modern Times/Aluna, Toronto), the first male-identified performer of I, Claudia (Theatre Ignite, Taipei), the outdoor winter promenade show Tails From the City (Common Boots Theatre, Toronto); (opera/music theatre) celebrating Toronto’s first multi-cultural neighbourhood in The Ward Cabaret, an apocalyptic animal cabaret The Cave (LUMINATO/Toronto), an immersive Sweeney Todd in London, England (Talk is Free Theatre), Mr. Shi and His Lover (touring to Ottawa; Yokohama, Japan; Guanajuato, Mexico; Macao, China), Play of Daniel (Toronto Consort), The Lesson of Da Ji (Toronto Masque Theatre). 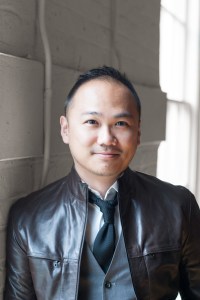