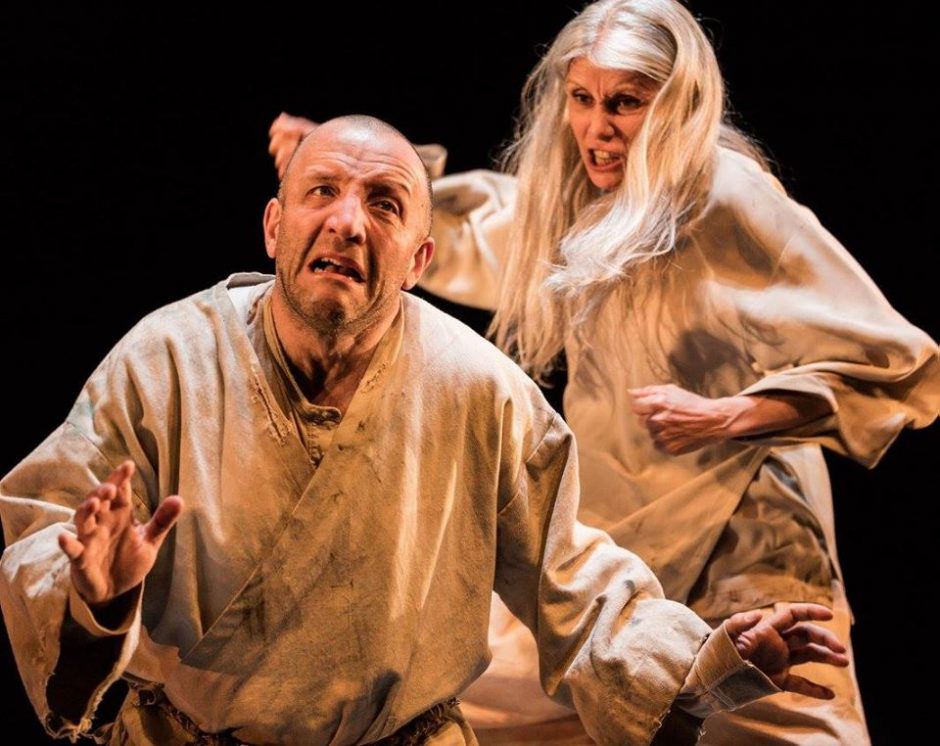 Modern Times‘ mandate is to give a voice to artists; to this end, we would like to share a series of essay pieces written by former artists of Modern Times, specifically, but not limited to, those from Black, Indigenous or racialized communities, to give them a voice and highlight their creative work.

We’re excited to share the first essay in this series – by Jani Lauzon, a Métis (French/Scandinavian/Ojibwe/Cree) theatre artist, who acted in two Modern Times productions: Blood Wedding (2015, 2017) and The Death of the King (2016).

Years ago, when I was running the Centre for Indigenous Theatre I was looking for a way to contextualize what it meant to be an Indigenous artist in the performing arts industry. My students were hungry for advise on how to navigate identity. I knew from experience what they would be up against. While reading a book by Dale Moffitt called Between Two Silences, I was struck with something Peter Brook said regarding his work with multicultural casts. He encouraged his actors to bring their living culture to the work. Reading that changed not only the way I taught but also my own practice. In Peter’s words [1] “The basis of the international group was, and still is, the fact that each member, however much he sometimes gets impatient with the other person, recognizes that he is working with someone who can bring something that he can’t bring himself, and that the two together make a richer field not only of skill, but a richer field of possible understanding. When a group has this possibility, the group can feel and understand a theme more deeply than anyone can by himself.”

Rehearsal halls that are truly inclusive run by these principles. This is the basis for Soheil’s work. The play is of central importance. The story being told by that particular group of artists is the focus. The impulse for gestural work comes from the actors themselves, thereby allowing for living culture to be imbedded in the work, the storytelling.

But this experience is rare. Most directors fear what they conceive as the complexity of integrating living culture from a multicultural cast. That is because they are trying to intellectualize the process. Soheil’s work puts theatre first. Theatricality first, built from input and therefore inclusion. The result is an aesthetic that pushes boundaries. That’s what I love about what Modern Times creates. The work is far from “safe”, far from what  we know as mainstream theatre in North America. Of course all theatre has its place, some of it is pure entertainment, but it’s not the kind of theatre that I am interested in being a part of. I love the magic that is possible when you dive deep in the magic of theatricality. 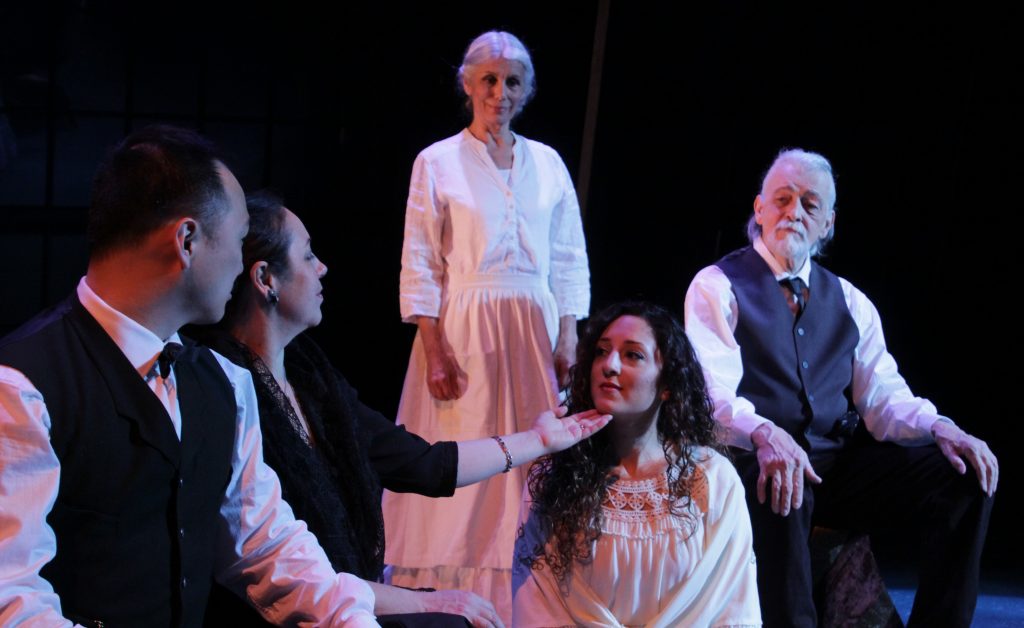 I long to see and experience the work with a group of artists that are willing to look at what the story we are trying to tell is from our shared point of view. I firmly believe in the importance of a director. I love working with finalized texts and putting them through this process. That requires a group of artists who are mature enough to realize the importance of how individual ideas are transformed into a collective concept. Marjorie Chan once said to me, while she was helping me dramaturge my play I Call myself Princess, “sometimes you need to pull the beautiful roses to let another kind of flower grow”.  I think of that statement not only in my writing but what I have to offer in the room as an artist.

We live in a global consciousness like never before. Our stories intertwine whether we like to admit it or not. We can choose to ignore that, or we can realize that we have been shaped by the influence of relationship. What I miss most about live theatre is the experiential aspect of those relationships. That can only be felt when we are all in a room together. In isolation we have been able to look deeper into our own individual needs. We have found ways to demand our voices be heard. We are able to speak, thanks to the thousands who stood for so many years building the platform we now have. But the key to our survival will be to break out of that isolation and accomplish the work it will take to find our collective story. Hopefully theatre will be there to help us in that journey. Or in the case of Modern Times, they will continue to do what they have always done. It’s just the rest of the world will finally recognize that they have been doing it all along.

Jani Lauzon is a multi-disciplinary artist of Métis ancestry. She is a nine time Dora Mavor Moore nominated actress / director / writer, a three time Juno nominated singer / songwriter and a Gemini Award winning puppeteer as well as an award winning screen actress.  Jani has countless theatre, film and radio credits to her name. She was a member of the National Arts Centre English Theatre Acting Company for three years and has worked at both the Stratford and Shaw festivals. Television guest appearances include Saving Hope, Destiny Ridge and Conspiracy of Silence. She wrote and produced two short films, “eu·tha·na·sia” and “Just One Word”, both still in the festival circuit.

Jani began her artist educator career as an instructor at the Claude Watson School for the arts junior campus where she developed a 3 year mime, mask and clown curriculum. She ran The Centre for Indigenous Theatre from 2000-2003 where she continues to teach Shakespeare, introduction to acting and ensemble singing. She created her company Paper Canoe Projects to support the development and production of work. PCP’s most recent projects include A Side of Dreams (2 tours, 2 productions), I Call myself Princess and Prophecy Fog. Directing credits include Alien Creature (TPM) The Monument (Factory Theatre), Rope (Shaw Festival) and Almighty Voice and His Wife (Soulpepper Theatre). She is currently working with the 2nd year students at NTS to create a new devised piece with the world premiere slated for September 2021 as well as co-writing a play with Kaitlyn Riordan called 1939.